Technology has kept businesses, workplaces, and other entities afloat in the tough times during Covid 19. In arbitrations as well, circumstances made the application of remote dispute resolution tools imperative across countries.[1]Scholars across globe are also raising their voice for progressive automation of human arbitrators. Their contention argues for the removal of prejudices and assumptions from in-person arbitrations. This article compares AI-driven arbitration to conventional arbitration.AI is the study of making a computer smart enough to do human activities.[2] 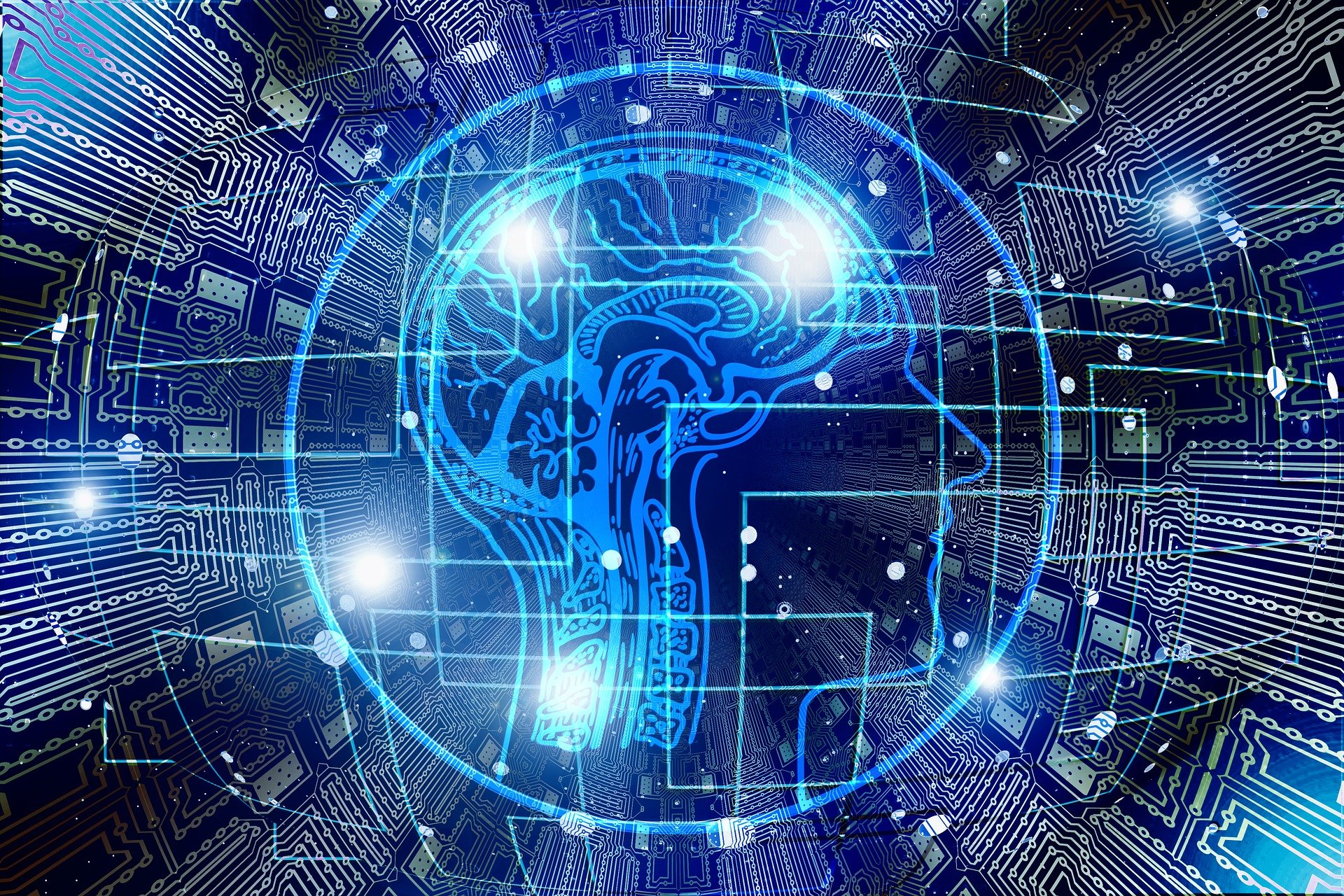 Artificial Intelligence in the future, is predicted to play a significant role in arbitration. Intuitive Artificial Intelligence is thought to be more exact. A study on the predictability of ECHR judgments revealed an AI system to be 79% correct. It was 70.2 percent right in a test utilizing US Supreme Court ruling. Artificial Intellect is technology with human intelligence capabilities. The complex human procedures in arbitration will inevitably be replaced by smooth and simple AI decision makers. This leap from human-powered to technological justice is tremendous. Many individuals tend to believe this future is inevitable, even if we do not have a fully established technology to take over. We are currently awaiting future revisions. Digital judges are inevitable for several reasons. Humans cause billions, perhaps tens of billions, of disagreements each year. Disputes continue to escalate. Humans’ need for rapid solutions strains the system. Current load, human-based conflict resolution raises doubts. This stresses our capacity to be fair and impartial arbitrators. Computers continue to dominate and become increasingly interwoven into our everyday lives. If trends continue, computers will be better at settling conflicts than humans.[3]

Evaluation of a computer-assisted arbitration method

An AI-based arbitration system will also benefit the traditional arbitration System. But there are a few important aspects to consider one of those is that AI Counsellors Will Replace Humans.

A counsel’s duties in arbitration include drafting claim and defence statements, preparing petitions, arguing before the tribunal, and cross-examining witnesses. One widely debated question in AI-based arbitration is whether the system will eliminate the need for humans to participate. No such technology exists that AI arbitrators could replace a human arbitrator. An automated lawyer should be able to process enormous amounts of data, learn the relevant laws and procedures, connect the dots between the facts and the legal position, and argue and cross-examine witnesses.[4]

While an AI lawyer would be significantly more effective at analysing large documents and understanding law and procedure, its capacity to perform other tasks remains uncertain. The system lacks the vision, skill, and legal understanding required to connect the facts to the law and present them convincingly to a tribunal. It takes years to perfect this skill, and it is unclear if technology will ever be able to accurately imitate the human mind’s dimensional functioning.[5]

The AI arbitrator’s decision-making power is the main disadvantage. The second step of arbitration is the submission of claims and defences. The question is whether an AI arbitrator could hear all sides, relate the facts to the law, and then issue a judgement. Because a machine, especially an AI machine, is only as smart as the data it receives. For example, the 2016 ECHR experiment includes factual positions established by judges, making the data inherently biased. This could explain the system’s accuracy.[6]

Claims and defences are biased. It must be trained to ignore biased arguments and link the facts and law offered by the parties to make correct rulings. For example, questions of bona-fides, a party’s ability to pay, or the ability to judge a witness’ facial expressions and body language during cross-examination, require an arbitrator (human or AI) to use individual judgement and skill.

This leads to the next stage, documenting and accumulating evidence. Parties may collaborate to enter all relevant documents and evidence into the system, and the AI arbitrator may then decide. However, one party may seek document discovery or an adverse inference decision against the other. When dealing with such limited concerns, an AI system may face a lack of adequate data in arbitrations. Given that arbitration rulings are often confidential, finding an acceptable quantity of datasets for each issue would be a tremendous task. Limiting the issues for which datasets must be entered into the system would be an impossible task given the intricacy of most arbitrations and the broad range of themes.

Allowing parties to have an oral hearing is also challenging since an AI system cannot yet hear parties like a human arbiter does and assess oral arguments to make a conclusion. An AI system would be ineffective if a document-based arbitration could not cover the entire issue.

Argumentatively, an AI arbitrator may not be legal in some jurisdictions due to restrictions such as “nationality,” which currently only applies to natural persons.[7] A legal standing must be conferred to an AI system before it may act as an arbiter. Currently, no jurisdiction grants such rights.

Concerns about due process

While arbitration is not governed by a set of rigorous rules, it is governed by the principles of natural justice, equity, and conscience, which are together referred to as a due process. In an AI-based arbitration, parties may challenge arbitral awards if one party contests the use of AI in the arbitration or if one party or appointed counsel has access to AI technology while the other does not. These are some scenarios that should be taken into account.[8]

In a typical arbitration, the award stage is when the arbitrator makes judicial application of the facts. This is exactly what an AI-driven arbitration system would accomplish. However, there are two major challenges that an AI arbitration could encounter. To begin with, in a typical arbitration, nominated arbitrators have years of experience under their belts, allowing them to gain the necessary competence and abilities. That is not a skill that an AI system possesses. And this could be significant in an arbitration when a thorough knowledge of the award’s commercial implications is required. Second, arbitral decisions must include proper reasoning to explain how and why the arbitrator reached a certain conclusion in diverse jurisdictions. An AI system would fail in this situation because reasoning and presenting the reasons is a delicate human process that the AI system would be unable to accomplish. Furthermore, several jurisdictions need arbitral awards to be signed or written in order to be valid, thereby ruling AI arbitration out.

Other Relevant issues of Concern

The complexity of the dispute: AI arbitration may not be the best option for conflicts involving complex legal and factual issues with high stakes.

Award Enforceability: AI Awards may be unenforceable in jurisdictions that require arbitral awards to be in a specific format.

Right to Appeal: It is difficult to say if an AI-based arbitration would be able to provide parties with the right to appeal. An appeal is made to a higher authority in a traditional arbitration. With no such hierarchical categorization in an AI system, it appears that having an AI-based appeal scenario will be problematic.

The Arbitration Act, in its current form, does not support an AI-based arbitration process for the following reasons:

Firstly, A lone arbitrator or a panel of arbitrators has been defined as an“arbitral tribunal” under Section 2(1)(d) of the Arbitration Act. However, until AI and other computer systems are granted legal standing, the wording employed in Section 11 (Appointment of Arbitrators) can only be regarded to be applicable in the situation of a real person.

Secondly, the arbitral tribunal may have the power to prohibit a party from employing AI if the opposing party contests it under Section 18 (Equal Treatment of Parties).

Thirdly, when it comes to the award, Section 31 stipulates that the award must be written and signed by the arbitral tribunal members. Section 31 subclause (3) requires the arbitral ruling to indicate the reasons for the decision.

The trend of out-of-court conflict resolution favours AI in arbitration. Arbitration aims to resolve disputes quickly and without the court’s complexity. The system is receptive of new technology and procedures. Arbitral institutions, tribunals, and practitioners must innovate to cut costs and increase efficiency. No statute mentions AI-enabled systems at various levels of arbitration. If AI-enabled technologies are used in arbitration, restrictions will be needed to protect the parties. However, AI’s capabilities must be harnessed without compromising arbitration’s essential beliefs.

Whether we like it or not, AI will soon dominate international arbitration. Artificial intelligence’s benefits are too great to ignore. As members of the arbitration community, we need to grasp the hazards of AI, at what cost, and how this may affect international arbitration in ways that are not clear. Now the question as to whether AI will replace arbitrators. No, unfortunately, AI is not ready to dominate arbitration yet. Due to its complexity, AI-driven arbitration may not be suitable for all commercial issues. Parties may struggle to buy AI systems even if AI replaces arbitration. Arbitral institutions may provide economical AI services to parties. In arbitration, AI is still young, and deploying it today will cause more problems than it solves.

This Article is Submitted by :